The City Of Hampton City Mayor is the chief administrator of the City and is elected by the citizens of Hampton.  Listed below are just a few of the responsibilities.

The Mayor also works to develop the City's annual budget, works with other administrators in the region, and performs other duties assigned to the Mayor per the request from City Council. 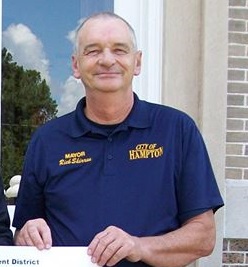